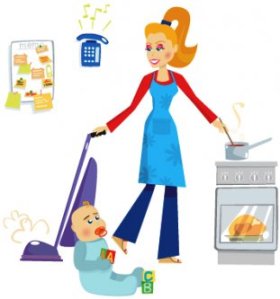 Okay, so minus the baby. It’s not THAT kind of post.

I’m in my total procrastination state right now which means the house will be cleaned. But then it hit me. I HAVE to tell the world about what’s coming up. And it’s good too!

The next three Fridays will be a busy one here on Writing to Insanity. That’s because we not only have one, but THREE author visits. And you know how I love me some author visits.

These authors are talented, insightful and making the world a better place through the written word. If anyone doubts the power of words, they haven’t read a book lately. Or this blog for that matter.

So let me introduce them since you’re dying to find out. (click on any book cover to purchase the book)

Johnny Diaz is a business reporter at The Boston Globe and is a complete sweetheart. I met him at the National Association of Hispanic Journalists convention in Ft. Lauderdale a couple of years ago and I totally got a good vibe from him. He’s good peoople. He’s also a fellow Cuban. (For those that don’t know, even if you weren’t born on the island but are born from exiles, you’re still Cuban. It’s a thing.)

Johnny is the only author writing gay Latino fiction in the US (as per his publisher). Although I haven’t verified that, I can say that he’s in the role of a trailblazer and from my angle, doing a damn good job at it. Can’t wait for you guys to meet Johnny, the author and my friend.

At twenty-seven, Carlos is a cute, but slightly awkward Cuban-born and
Miami-raised high school
teacher who is looking to escape the bittersweet reminders of his recently
departed mother. He figures that Boston is about as far away from the crazy
South Beach social scene as he can get, but life in “Beantown” turns out to be
quite the culture shock. Luckily, Carlos meets Tommy Perez, who also escaped to
Boston from Miami to take a job as a reporter at The Boston Daily. Tommy quickly
shows Carlos the ropes in Boston, from where to find good Cuban food to the best
way to break into the city’s clannish and lily-white gay scene. Over the course
of a wildly unpredictable year, Carlos learns to embrace his newfound
independence, as well as his individuality.

Next author, another fellow Cuban, is Raul Ramos y Sanchez. I’ve never met this author in person but we both belong to a group called Nunca Sola, a list serv for Latino/a writers. As soon as he joined he was an asset to the group and extremely supportive to everyone, especially to me. Let’s just say I owe a large chunk of Twitter followers to his Follow Friday tags. He’ll be here Aug. 7 as part of the Latino Virtual Book Tour, organized by Jo Ann Hernandez.

And just for y’all, since you like free stuff as much as I do, I have THREE copies of America Libre to giveaway during his visit. More details later.

Raul is long-time resident of the U.S. Midwest and a founding partner of BRC Marketing, an ad agency established in 1992 with offices in Ohio and California. Click here for the trailer and an interview on the book.

Time: The second decade of the twenty-first century. As the immigration crisis
reaches the boiling point, once-peaceful Latino protests explode into rioting.
Cities across the nation are in flames. Anglo vigilantes bent on revenge launch
drive-by shootings in the barrios, wantonly killing young and old. Exploiting
the turmoil, a congressional demagogue succeeds in passing legislation that
transforms the nation’s teeming inner-city barrios into walled-off Quarantine
Zones. In this chaotic landscape, Manolo Suarez is struggling to provide for his
family. Under the spell of a beautiful Latina radical, the former U.S. Army
Ranger eventually finds himself questioning his loyalty to his wife—and his
country.

I have yet to meet Belinda Acosta but based on the book summary and what little I know about her, I can’t wait.

Acosta is the author of Damas, Drama, and Ana Ruiz. It’s her first novel but NOT her first into writing. She’ll be here Aug. 14.

Here’s her bio from her publisher, Grand Central:

Belinda Acosta lives and writes in Austin, Texas where she is a columnist for the Austin Chronicle. Her non-fiction has appeared in Poets & Writers, Latino USA, the Radio Journal of News and Culture, AlterNet, the San Antonio Current, and Latino Magazine. She is a member of Macondo, the writers’ collective launched by acclaimed writer Sandra Cisneros. She loves knitting, Buffy the Vampire Slayer, chips & salsa, mariachi (good, make your soul leap from your body, mariachi); conjunto music (todo old school), and given the opportunity, will square dance. Damas, Dramas, and Ana Ruiz is her first novel. Book drops Aug. 11.

Yes, my friend a TEJANA! From one of my favorite cities, San Antonio. (Houston is my favorite.)
Here’s the summary for her book, Damas, Drama, and Ana Ruiz:

All Ana Ruiz wanted was to have a traditional quinceañera for her daughter, Carmen. She wanted a nice way to mark this milestone year in her daughter’s life. But Carmen was not interested in celebrating. Hurt and bitter over her father Esteban’s departure, she blamed Ana for destroying their happy family, as did everyone else. A good man is hard to find, especially at your age Ana was told. Why not forgive his one indiscretion? Despite everything, Ana didn’t want to tarnish Carmen’s childlike devotion to her beloved father. But Ana knows that growing up sometimes means facing hard truths. In the end, Ana discovers that if she’s going to teach Carmen anything about what it means to be a woman, it will take more than simply a fancy party to do it…

And there you have it, three weeks of author fun! And don’t think it stops there. We already have one author booked for September and she’s going to be fun to get to know.

Okay, now I actually have to get some work done today. Writing procrastination doesn’t procrastinate itself.