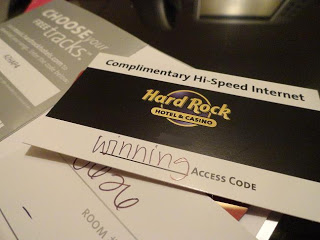 As I stepped into my hotel room and flicked on the light, I knew that the past six trying hours would melt away the second my head hit the down pillow.

But what an adventure!

There comes a time in every writer’s journey where a brisk walk or running errands is not enough to clear their head. It’s probably because you are so full of thoughts in your head and you’re overwhelmed by everything…or nothing. And it usually around the time where you get stuck on a story (not blocked, stuck. Writer’s block doesn’t exist.)

That’s when you get in the car and drive. Somewhere. Anywhere. Far. Or at least a couple of hours away. I remembered this little rule this past weekend when my tire went flat in the middle of Mississippi.

Writers sometimes need that quiet time away from their keyboard and pens. The rhythm of traveling gives you dedicated time to do nothing. And so, the act of doing nothing somewhere else can help trigger some inspiration for what you’re working on.

Oh, and you know what else can trigger inspiraton? An adventure!

That brings me back to the flat tire in Mississippi at night. I was 10 minutes out of Jackson when I stopped to put gas in the tank. I noticed that my tires looked a bit flat and so I thought I would just place some air in them and keep going.

To make a long story short, something happened to the tire and I ended up getting a flat and I was still at least three hours from my destination.

That’s when the adventure happened. An older gentleman came to the rescue (Southern hospitality).  Yes, I had my guard up since, again, I was traveling alone. But I’m glad that this person in particular helped me.

It ended up that he knew a tire man that fixed my tire but while we were waiting for him to do so, this gentleman, (in his late 50s) and I had a lovely conversation. He spoke with a thick Southern, country accent with its own rhythm and pattern. I caught myself just listening to him and asking questions to prompt responses. I didn’t really understand why until I drove away.

Here’s the why: I’m working on a short story set in the 1960s South. This man grew up during that time and his stories about his life and his family gave me an insight of that era that I never had before. I’d been having trouble getting the voice of the character right on the page. I knew, since my character was from that era, she would sound different than any character I’d written before. So, I tried to remember the man’s speech pattern, which would be similar to my character’s.

That would not have happened had I not had tire problems.

Without knowing, the drive and the adventure did more good to me as a writer than staring at a computer screen for a day. I go exactly what I needed, the voice of my character, implanted in my ear at the ready. By the time I entered my hotel room, I was grateful for the experience.

So for this #MotivationMonday I urge you to take a drive, even if it’s a short one, or a train or a plane, and just fly on the wings of adventure. Sometimes, the universe gives you what you need even when you don’t know you need it.

4 thoughts on “#MotivationMonday On the wings of adventure”