Okay, after my depression and Latinas post, I thought we (and by we I mean me) needed a pick me up.

So I am going to feature two Latinas who I admire for doing what they love to do and doing it well.
First up Selma Hayek. 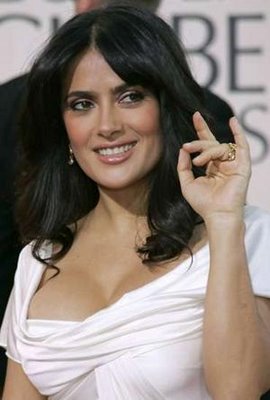 Okay besides being INCREDIBLY beautiful. She’s smart. INCREDIBLY smart. Homegirl started VentenaRosa, a production company that has done several movies including Frida and an adaptation of No one Writes to the Colonel, from Garcia-Marquez. The company also produces a well known, primetime one hour dramady. Maybe you’ve heard of it?

Not only did she do that but she’s got another company, VentanaAzul, which is a partnership with MGM to produce more Latino themed work.

Let’s not forget that homegirl married rich and now has the most adorable daughter, Valentina.

I left a bunch of stuff out–working in novelas, awesome movies, etc, etc.

I’m becoming a fan of hers for her work toward making art that gives Latinos a voice in a town that would soon keep us in the shadows. Do your thing, mamita! 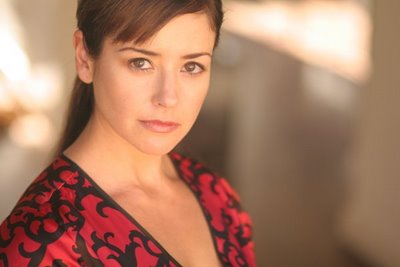 Of course the story line is near and dear to my heart. Ylse is a young reporter working as an anchor to one the Spanish television shows — think El Gordo y La Flaca.

She’s idealistic and wants so very much to voice her own opinion but can’t. The show is about her journey of finding her voice, all while she’s channeling Oprah.

I saw the first episode on Generation N and loved it. I quickly did a Google search for more (and you know how good I am with my Google searches). I found episodes 2-6 on Youtube.

The series is brilliant and it gives me hope that our stories will be told. That we won’t be relegated to sex symbols, maids, or delinquents any more. Well, at least less so.

This web series has also inspired me to develop some ideas in my head. And y’all know I got ’em. I guess it’s that sense of empowerment that makes me flock to Ylse. We don’t need permission. Excuses no longer exist. We can create and rewrite our destinies as we see it.