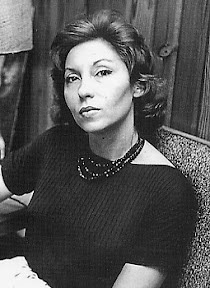 I’ve been thinking a lot about Clarice Lispector lately. Mostly about her book Hour of the Star. I’ve thought about her and that book and about this:

What would I write if I knew it was the last thing I did on Earth.

Yes. This is a very morbid thought even for me. But this is what has been occupying my mind lately, how writers write because in their soul they want to live forever. Somehow, we think we have found how our very essence can live forever, even after our bodies give up on us.

I read Hour of the Star in graduate school. I was already in love with my friend Clarice when I read SoulStorm but HOTS was the last book she wrote, the last thing anyone read that came directly from her. It’s a short book, about 80 or so pages, but every word, thought, and syllable was used to tell her story about the life and death of a plain jane woman. I consider it a masterpiece.

Though researchers said she didn’t know she was dying when she wrote the novel, I respectfully disagree. The tail is full of death premonitions. While she may not have known she had ovarian cancer, she knew something was up.

She died two months before I was born.

She was a journalist. I would consider her a feminist. Model beautiful and MIT brilliant. Like her character in HOTS she was a paradox and the exception to every rule. I wonder if she saw herself as a plain jane?

How do you see yourself? Are you writing something important that makes you happy? Is what you’re writing allowing you to live forever. These are the questions I pose to you dear writers. This is my challenge.

One thought on “A musing and a challenge from my friend Clarice.”