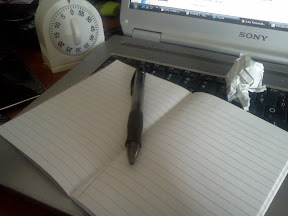 Writing is as much about skill as it is about confidence.

Confidence is something you gain as you continue to write, as you gain feedback, good and bad.

But you can lose that if there’s no one in your corner.

I write this as I’m in my hotel room in New York City, reading a note that saddens me. One of my dear editors has passed away. His name was Kevin McGrath and he was fighting cancer. I learned of his battle on Facebook. He told the world, step by step what was going on– his treatments, the course of action, how he was facing it all.

The cancer news shocked me.

I sent him comments through Facebook to keep his chin up, that it was all going to be okay, that it was caught early.

See, besides being there for him and wanting him to be well, I was doing exactly what he would do. I was being a cheerleader. He was mine not too long ago.

I was an over eager reporter in my youth. I wanted to know more and learn more that my skill level allowed me to. I wanted to eat the world with a spoon even if it meant choking on it. He saw that in me during our first meeting, when I was flown out to Wichita, KS for a job interview.

“I really hope you come here,” he said.

I did. He impressed me. He was able to do an outline for a five inch narrative story on the back of a business card. I wanted to do that, to learn it, to master it. There was no doubt that it was the right move.

He helped me move into my apartment when I knew no one. He was able to corral me when I was doing myself more harm than good.

And, above all, he knew that writing was my passion and that I needed a cheerleader. So, he became mine. Even when a source was cussing at me on the phone, I looked at him for direction. He cheered me on and let me know with a look that I needed to be professional.

He wanted so very much for me to succeed, despite myself. When I thought a story was done, he kept tweaking and adjusting, working the language and the words until they produced something beyond what I could accomplish on my own.

My cheerleader lead and taught by example. Kevin was my coach and like all good coaches do, he gave me confidence. I was a writer. Though many people probably disagreed with him, he had no doubts. I was meant for a life of words and he cheered me on.

Kevin McGrath was in my corner so when I heard of the cancer I was in his. Cancer was eating him from the inside and I knew that it was no match for this cheerleader. He would win. I was sure of it.

When he would update his status on Facebook, I commented, I liked. I wrote. But it wasn’t enough.

A world without Kevin McGrath, once unimaginable, is now a reality.

But that doesn’t mean I’m not still cheering for him.