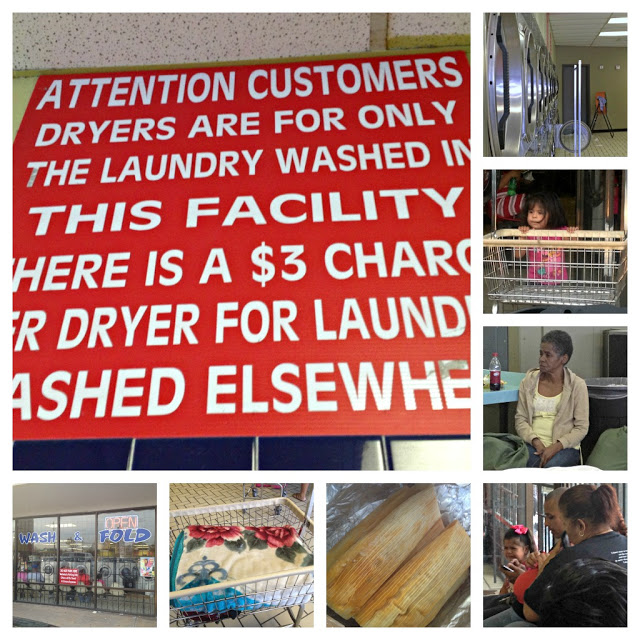 Here’s the thing about being creative, your brain is always working. Really there is no such thing as a vacation when it comes to the creative brain. It constantly seeks opportunities to voice itself.

Today, while at home for a visit, I performed one of the most mundane and eye-rolling tasks — a visit to the laundromat.

It’s not that I don’t like washing clothes. Actually, I don’t mind it. It’s really one of those chores you can do while doing something else, which makes it one of the best chores to multitask.

But something about sitting in a laundromat until clothes are done makes me want to hit myself with a bat.

So under those conditions, in the middle of the drying cycle, I took out my iPhone and did a little photo essay.

Doing this–learning to express myself using another tool–is something I think every creative should do…right now. I had to express myself and tell a story through photos rather than a pen. By stretching those under (or never) used muscles, I was able to notice things like the old woman staring off into space surrounded by three Army bags of clothes and families doing their laundry. I wondered what her story was, what she was thinking about, whether those Army bags belonged to grandchildren…and whether they were alive.

My brain began to think of her as part of a short story. The picture will help remind me of it, an additional help for my future narrative.

The above collage is the fruit of my brief labor. It’s not the greatest pictures but they do tell a story, one that I found not with a camera but with a photo lens.

3 thoughts on “What every creative person should do right now”