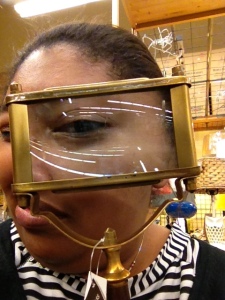 I’ll admit, this is exciting.

A new blog. A new focus. A new chance to say something spectacular. So, you can imagine my hesitation for even starting this blog.

My name is Icess Fernandez Rojas and you may know me from another blog about telling stories. I’m a writer, a journalist and a blogger (obviously). I have an alphabet soup full of degrees and I am ridiculously active on Twitter.

I’m also Latina but not in the typical way you may think.

That’s the exciting part! To explain, I have to start with this quote from writer and columnist Juan Gonzalez:

“Mine is the perspective of a Latino who has grown tired of having our story told, often one-sidedly, without the passion or the pain, by ‘experts’ who have not lived it.”

I first read this quote in college–the first time–when I was studying to join the main stream media everyone seems to hate. I was young and didn’t understand that quote though I knew its significance.

Fast forward a couple (alright several couples) of years later. I’m in the dreaded media, I’m on this thing called Twitter, and all is well…kinda.

The public attention on immigration, Latin American politics, heck, even J-Lo and Shakira feed a stereotype about Latinas that drove me up the wall. No, all Latin@s are not from Mexico. No, we don’t all look like Sofia Vergara. No, we are all the hot, spicy, passionate stereotype that we have been known to be.

And no, we don’t all have have caramel skin.

Some of us actually look normal. We have big bellies and even bigger asses. We aren’t all from Mexico or have parents who are from there. We are not all hot and spicy (do I look like a chicken wing) and no, for the love of all that is good and holy in the world, we don’t look like J-Lo. Heck, J-Lo doesn’t look like J-Lo.

And, hold on to your socks, some of us are black.  (Insert car crash sound here.)

Yes, some of us are Afro Latin@. We have the curly hair and the dark skin. We have the big lips and the big hips.

I have all of these traits. I am Afro Latina and for decades I’ve allowed other people to tell my story, praying for the day that they care enough to understand its nuance enough to tell it correctly.

“Mine is the perspective of a Latino who has grown tired of having our story told, often one-sidedly, without the passion or the pain, by ‘experts’ who have not lived it.”

I finally grew tired when I saw my own people continue the stereotype. Afro Latin@s don’t exist in novelas. One magazine puts Zoe Saldana on the cover every year as part of its diversity of Afro Latinas.

It seems we are forgotten from that beautiful rainbow of Latin@ existence sometimes. Non-Latinos don’t help either.

I live in the South and to them it doesn’t matter if I can roll my “r”, I’m just another black girl, even though I don’t share the history of the African American (however we share the painful repercussions of slavery.)

With all this exclusion, I wondered…where was my story?

Yes, it’s a revolution, a fight to have my voice heard. It’s an evolution because where once I stood on the sidelines, I am now in the lucha with words like daggers at the ready.

I want to celebrate who I am and evolve into who I want to be, whatever that maybe.

That’s why this is exciting but scary for me. There’s so much to say and I want to say it all with the passion and the pain because I’ve lived it.