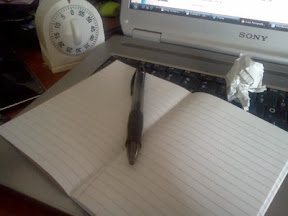 Let’s all admit it. We all have seen this Facebook status:

Yes, I was tagged and yes I responded but not in the way most people did. I instead wanted to write a blog post because, if you’re going to list the 10 books that influenced you, it should take a bit of thought to finish.

And it did take thought. Not lots but some. The list of books surprised me a bit; they reflected exactly who I was and always wanted to be. These books are a chronicle to my path — from the humble beginnings to regaining my voice as a person, a Latina, and a writer.

Okay, I’m getting too deep. It’s only Monday and I still have four other days to think about.

So, because of their importance to my life, I’ve decided to chose 11 books. Yes, I’m some sort of rebel, a book ninja, if you will.  There’s a reason for 11 books (please leave Doctor Who references in the comments) and I’ll explain why in a minute.

Here, listed for your reading pleasure, are my top 11 books.

1. The Boxcar Children and 2. Whispers from the Dead
I’ve paired these two books together. I loved mysteries growing up and seeing the Boxcar Children on the shelf of my school library made me some sort of giddy. (Yes, I was the kid who lived in the library.) Of course I read Nancy Drew and Encyclopedia Brown but the Boxcar Children was my favorite series. Maybe because it was a bunch of kids living as hobos solving crimes…

Joan Lowery Nixon’s Whispers from the Dead was the first the time I thought I’d like to be a writer. I thought the story, which was adapted from a true story, was cool and haunting.  Add to that that she lived in Houston, the whole experience of reading the book was pretty awesome. It was at that moment that I thought to myself that I’d like to write a book one day, the kind that made people scared to sleep. Hey, I was young. What did I know in middle school?

Boy, was I a twisted child.

In East Harris county in the 80s, there were no bookstores. In reality, there isn’t one now that isn’t at least a 30 minute drive. Growing up, the closest we came to books was the book section at Sam’s Club or toy section (!) at the Fiesta Mart, which is a grocery store chain. In Fiesta, classic books like Treasure Island and The Three Musketeers were adapted into these small thick books for children. My favorite was The Cask of Amontillado, you know, the story where someone is killed by being cemented into a wall.

Oh my! I was so twisted.

This was the first mystery series I read where the detective was Latina. It was the first time I had been to Miami and I had never left Houston. I was amazed and should have known then that mystery writing would be in my future. There was something about this detective, Lupe Solano, that made me happy. Maybe it was the fact that there was someone who was similar to me in the pages of a book. Or maybe it was that her family was so similar to mine so I could identify. Or maybe, the writer was the example I needed so that I could consider this path.

This book was the first time I compared a book to food. Dreaming in Cuban was chocolate cake, German chocolate to be exact. The writing was so rich that the thin book took me six months to finish. I savored every word and so I was beginning to understand the importance of voice in my writing. That’s when I began my first book (which no one will ever see because it’s awful. Just really bad.)

Years later, when I met Cristina Garcia AND Ana Menendez during grad school. I fan-girled so hard!

6. Woodcuts of Women and 7. The Brief and Wondrous Life of Oscar Wao.

These books came at a dark time of my life, the time when I had lost my voice and didn’t know who I was. I was filled with the definitions others had for me. They wanted me to be something they thought I should be. I wasn’t strong enough to say no yet and too scared to acknowledge I was lost.

At the time, these books and writers were my fresh air. They gave me permission to be me and at the time that was what I needed–permission.

When I read this book, it blew me away! The language, the story, the crazy magical realism before it was magical realism. Amazing. I was fascinated by the language and the world books in general could build. This was when I fell back in love with writing in a way that I hadn’t before. This was my first semester in grad school. That love hasn’t ended.

9. The Power and the Glory

As a Catholic, this one shook me to the core. How Greene questions and yet absolves Christianity was remarkable. This book taught me that it was okay to question what you’ve been told and to seek the answers through the written word. The language was strong and gritty, unapologetic.

This was the point of my life that I was reclaiming my voice. The lesson from this book: if you want your voice back you need to have big brass ones to get it and to keep it. Don’t apologize. Ever.

Clarice Lispector. That’s all I have to say. She is amazing. This book is art. I still think about the main character. This book and author was such an influence that I quoted it in my graduation speech.

It’s always the season for strawberries.

And that all leads to number 11: Chronicle of a Death Foretold

This book is the culmination of everything I learned and experienced as a writer and reader. It has bits of every book that influenced me throughout my life. It has the mystery, the magical elements, a bit of journalism (like Nixon), the questioning of societal norms, amazing writing. This book also taught me what I needed to know to be a writer and brought me closer to Gabriel Garcia Marquez in a weird way.