Usually I address the readers of this blog. In fact, that’s the name of it, Dear Reader. But for this topic, I’m addressing you because, well, you need some help.

So this week you have proclaimed it Mystery and Thriller Week. YES! We all could use more thrills in our lives. And as a mystery-writer-in-progress (I’ll be a card carrying member of Mystery Writers Association sooner than I can fathom), I was interested in what I should be adding to my ever increasing, bottomless reading list.

And yes, I went through all your lists and even played the “name my mystery novel” game. The Body at the DMV was mine.

But something was missing. I didn’t see very many writers of color on your lists. I’m not sure if there are no authors of color at all because I didn’t click on every single name on your lists, so I’ll give you the benefit of the doubt that maybe there’s one or two.

But I clicked on enough to say…seriously…where are we? Where are the writers of color in these lists? We write mystery books too!

No, this isn’t a let’s blame Goodreads post. Seriously, the genre overall could use some help in this department. It’s a complaint I’ve had since I started reading mysteries when I was young (think Nancy Drew and Boxcar Children Mysteries young). Others have had that same complaint.

So, I will help  because I’ve had to hunt for mystery writers of colors for awhile now. And if you need more names than the ones below, the community has got your back. I’m sure we can come up with more.

I can NOT start a list about mystery writers of color without Walter Mosley’s name on it. Best known book: Devil in a Blue Dress. Hands down! But the prolific scribe has several mysteries series including Easy Rawlins, Charcoal Joe, and this new one released in February of this year, Down the River Unto the Sea.

Of course I had to put Houston’s own Attica Locke! Her latest book Bluebird, Bluebird was released in September. It’s a first in a series but not her first mystery book. She’s been writing mystery novels for awhile and her first book Black Water Rising was nominated for an Edgar Award. However, she is best known for writing a t.v. called Empire. 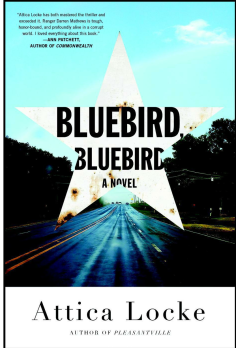 I mean, they got their plot twists from somewhere.

Personally, she’s not getting enough recognition for her books. Period. Her Chicana detective, Gloria Damasco, is life and when I first read one of her mystery novels it was a breath of fresh air.  A Chicana detective with a “dark gift”? I was in!

I’d start with Eulogy of a Brown Angel. There’s four in her Gloria Damasco mystery series. The final, Death at Solstice, won an International Latino Book Award for best mystery.

Good Lord, have mercy! Give me a minute while I clutch my pearls!

The first time I read a Coffin Ed and Grave Digger Jones mystery it snatched all my edges.  That means I figured out that my life without both of these characters was bleak and mundane.  I have since corrected that.

These characters are part of Himes’ Harlem Detective series. Coffin Ed and Grave Digger are police detectives in this ultra noir series.

My first book was The Real Cool Killers, and I heard the audiobook. Considering that these books published in the late 1950s through the late 1960s made them radical for the time as they dealt with issues we’re seeing today in communities of color. I am definitely coming back to this series soon. 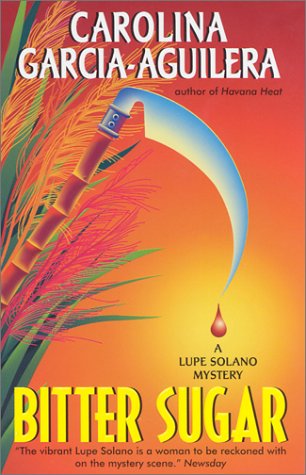 And this is the author who started everything for me. Her Lupe Solano series made me think that one day I could write a mystery novel. This was the first time I saw a character that was in anyway similar to me — a smart Cuban female who dared to make the world her own.

What’s also cool about this author is that she’s a private detective so she could write her novels more accurately. How’s that for dedication?

There are seven books in the Lupe Solano series. If I had to pick a favorite I’d go with Bitter Sugar.

When my own detective, Jennie Manning, comes out, you may see some influences from this author.

I grouped these three authors together because I am not as familiar with their work. As I was doing research for this post, I came across their books and I am adding them to my to reading list, ironically on Goodreads. Just wanted to mention them in this listing.

Of course this name should be familiar. She’s a correspondent for NPR. I hear her often on the podcast CodeSwitch. But when I was doing the research for this post, I realized that I knew who she was in another capacity.

She is the author of the Alex Powell mysteries. In particular of Plain Brown Wrapper. I read this novel when I was an intern in Detroit. I was jonesing for something to read that summer and I picked up this at Borders (y’all remember Borders?).

Turns out that store took a large chunk of my money that summer. East Houston didn’t have a bookstore at the time. Actually, it still really doesn’t. And so when I saw this book and that the investigator is BLACK? AND FEMALE? Yes, I picked it up. I think about this book often and wondered why it didn’t get the attention it deserved. 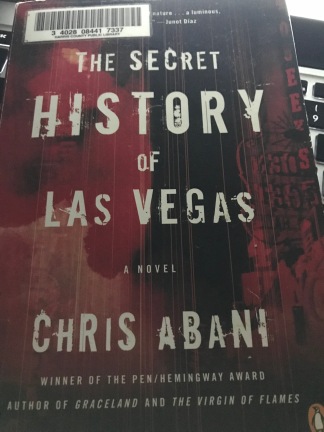 Yes, the Chris Abani. Chris Abani wrote a mystery novel. And OF COURSE The Secret History of Las Vegas won an Edgar Award.

Yes, that’s my picture to the left and NO, I haven’t read it yet. So I can’t give a recommendation but, if he did with mysteries what he does with fiction or poetry, then this will be a great read…once I get to it on my list.

El Maestro Gabo wrote may things in his life but one of my favorite is actually a mystery novel, Chronicle of a Death Foretold. It’s not a who-done-it but a how-done-it.  It’s one of my favorites of his novellas. Worth picking up. It’s a quick read too.

Another Chicano writer! Anaya is known for Bless Mi Ultima, which isn’t a mystery 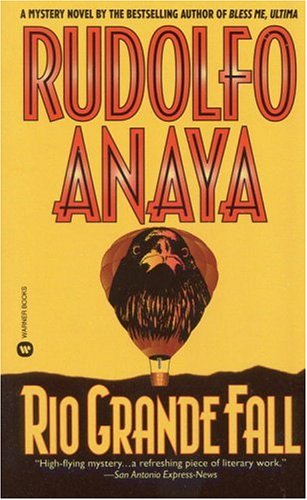 novel. That’s important to know because after what would be his best know and seminal work, Anaya turned his pen to writing mysteries and let me tell you I’m so glad he did.

There are four novels in his Sonny Becca series. The one I read and loved the most was Rio Grande Fall. Why? I fell in love with the opening paragraph:

“Sonny felt the soft pressure of the eagle feather across his chest. The soft voice from the healer was calling him back from his vision. He smelled the sweet aroma of the burning copal in the room, and he struggled to rise out of the dark shadows where he had be running with a family of coyotes.”

I mean…come on! I was here for it after that paragraph. This was your lead investigator in a mystery novel. Done and done. I wanted more after that.

Here here you go, Goodreads! A full dozen mystery writers of color. There are more but I wanted to give a good round number.  There are more out there!

I love Goodreads and I don’t dare make a book purchase without consulting it first. And although there aren’t many writers of color in the genre, we exist and our books are every bit as thrilling.

Yes, you did happen to notice that I used the word we. One day I’ll join my fellow rebel rousers on the list. In fact, I’ll have a project coming out soon where I’ll be anthologized with other writer’s of color playing with the noir genre. I hope by the time my novel does come out and that my detective Jennie Manning makes her debut, that we’re welcomed during that year’s Mystery and Thriller week.

7 thoughts on “Dear Goodreads: You’re missing out but I’m here to help.”